What Is Shatter Weed, And Will It Change the Way Marijuana Is Used?

By SakwatNovember 8, 2022No Comments5 Mins Read 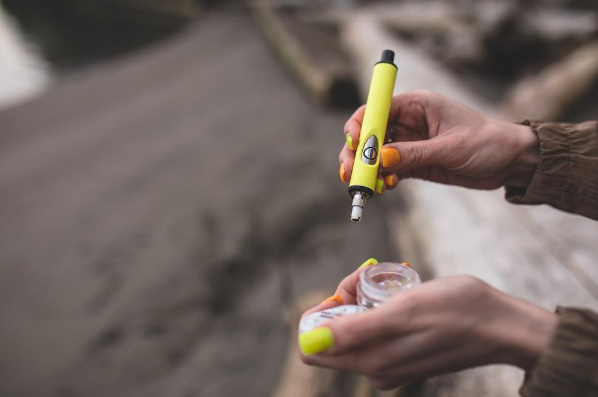 Those new to the cannabis scene may be shocked to learn that more items are available on the market than just cannabis flowers and edibles. More products are being developed as more countries legalize marijuana for medical and recreational purposes.

Cannabis concentrates have recently gained popularity. Concentrates, which come in various forms such as shatter, wax, and oil, are popular due to their potent effects.

An ounce of shatter can go a long way when smoked by dabbing. So, whether you buy by ounce or in bulk, you’ll need to know how to keep your shatter. However, it is not as simple as throwing it in a cupboard and forgetting about it.

Below, we cover how to store shatter, what shatter weed is, and if it will affect how marijuana is used.

Shatter is a cannabis extract, a cannabis concentrate made from cannabis plant debris and solvents.

Shatter weed usually is translucent, but its color can range from a brilliant, honey-like amber to a deeper yellow tone similar to maize oil.

Although all shatters appear to have the same consistency, the actual texture of particular marijuana shatter products can range from exceedingly brittle to a taffy-like snap-and-pull quality, leading some to label the latter as pull ‘n’ snap.

Shatter strong in tetrahydrocannabinol (THC) yields a product with more sap or oil, but shatter high in tetrahydrocannabinol acid (THCA) produces a product that is considerably more brittle and glass-like. THC concentration is a sappy oil at room temperature, giving shatter with a high THC content a more fluid consistency. In contrast, THCA is solid at ambient temperature, producing a brittle concentrate that is easier to break apart.

The Benefits of Using Shatter

One of the primary advantages of employing shatter is its powerful and instantaneous effect. Dabbing or vaping shatter allows cannabis to enter the bloodstream quickly, allowing for instant medicinal and euphoric benefits. Because cannabis extracts are far more potent than cannabis flower, customers can use far less product hence changing the way marijuana is used as one can get high with significantly less usage. Many people appreciate the “less is more” philosophy regarding cannabis products.

What are the side effects of shatter?

Because shatter and other marijuana concentrate contain high doses of THC, it’s crucial to be aware of the potential adverse effects of taking cannabis in this manner. Though THC has potential medical and therapeutic applications, excessive use can lead to unpleasant side effects such as anxiety and paranoia. To minimize these adverse side effects, start with the tiniest possible dab and gradually raise your dose if you’re new to these medications.

How should I store shatter?

When shatter is incorrectly stored, it begins to degrade and loses its initial sharp consistency, potency and flavor. To avoid this degradation, you should always store it in an airtight, lightproof container. It should ideally be kept in a cool place. Also, protect the concentrate from extreme temperatures, oxygen, moisture, ultraviolet light, and direct sunlight to ensure it remains consistent for as long as possible.

No matter how candy-like it appears, shatter is unlikely to induce any of the desired effects when taken as an edible. Shatter’s cannabinoids and terpenes are activated by heat. These molecules are activated through a process known as decarboxylation, which is the activation of compounds by heat. Shatter concentrate is made to be heated in a dab rig or a dab pen, which decarboxylates the cannabinoids and allows them to enter your system.

How is Shatter Made? 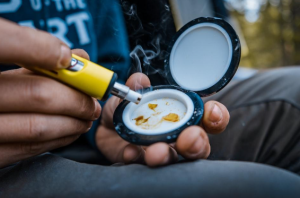 A closed-loop extraction mechanism is commonly used to create shatter. Ground cannabis is packed into a column. A cooled solvent—you can typically use butane, but other hydrocarbon solvents—is run over the plant material to extract cannabinoids, terpenes, and other chemicals.

After that, the extract mixture is extracted and boiled to eliminate as much solvent as feasible. A thin sheet of shatter is generated as the residual mixture cools and settles. Because the manufacturing process involves heating hazardous solvents, it is best left to qualified professionals equipped with the necessary equipment.

Is shatter the same as dabs?

How Is Shatter Different from Other Concentrates?

There isn’t much difference between the various types of cannabis extract. The benefits and practical qualities of cannabis concentrates, such as shatter, wax, and oil, are identical. Most concentrates have comparable potencies, with shatter being the most potent. Many concentrations are even used in the same manner — by dabbing or vaping. The majority of the differences between concentrates are merely aesthetic.

Shatter’s high THC content provides consumers with a robust high with significant effects. With shatter, a little goes a long way, leaving users with the urge to stockpile it until their subsequent usage.

Furthermore, when shatter is stored correctly, it does not degrade over time, losing its unique power and color. Notably, it will begin to degrade if exposed to external conditions such as humidity. It’s also essential to consult with your doctor before taking shatter to advise and check up on you in case of any underlying issue that may cause a health issue.

How Can I Locate a Secure Online Casino?